Another little list of reviews so soon because I have a few digital ARCs that I’d like to chat about! These are either relatively recent releases or will be releasing soon! 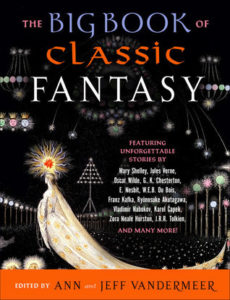 Unearth the enchanting origins of fantasy fiction with a collection of tales as vast as the tallest tower and as mysterious as the dark depths of the forest. Fantasy stories have always been with us. They illuminate the odd and the uncanny, the wondrous and the fantastic: all the things we know are lurking just out of sight--on the other side of the looking-glass, beyond the music of the impossibly haunting violin, through the twisted trees of the ancient woods. Other worlds, talking animals, fairies, goblins, demons, tricksters, and mystics: these are the elements that populate a rich literary tradition that spans the globe. A work composed both of careful scholarship and fantastic fun, The Big Book of Classic Fantasy is essential reading for anyone who's never forgotten the stories that first inspired feelings of astonishment and wonder.

I received an ARC for this via Netgalley and yo, you’re going to want to read this. I only read the intro and about twenty-odd stories and already preordered it so I can savor the rest of it in my hands. This is fantasy at its core, original and weird and more than unsettling. It showcases the history of the fantasy genre and how it’s evolved throughout time. It’s a great companion to their Big Book of Science Fiction. The VanderMeers know what they’re doing, and they’re amazing at it. Also, look at that cover. Once I have the physical copy in my hands, I’ll write a more in depth review regarding the actual stories! 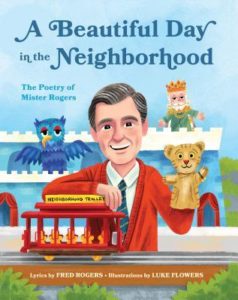 For the first time ever, the beloved songs from Mister Rogers' Neighborhood are collected here in a charmingly-illustrated treasury, sure to be cherished by adults who grew up with Mister Rogers, and a new generation of children alike.

Mister Rogers' Neighborhood had a revolutionary impact on children's television, and on millions of children themselves. Through songs, puppets, and frank conversations, Mister Rogers instilled the values of kindness, patience, and self-esteem in his viewers, and most of all, taught children how loved they were, just by being themselves. A Beautiful Day in the Neighborhood reimagines the songs from the show as poetry, ranging from the iconic ("Won't You Be My Neighbor?") to the forgotten gems. The poem are funny, sweet, silly, and sincere, dealing with topics of difficult feelings, new siblings, everyday routines, imagination, and more. Perfect for bedtime, sing-along, or quiet time, this book of nostalgic and meaningful poetry is the perfect gift for every child--including the child in all of us.

This is a wonderful collection of the poetry and songs from the Mister Rogers’ Neighborhood series. It brought me back to my childhood and all of those memories watching Mister Rogers on TV, and the illustrations inside modernize and bring it to life all over again for old and new audiences alike. This would make an amazing gift for all ages, and the poetry in this book remind us of all the lessons and goodness Mister Rogers taught us over the years.

Many thanks to Quirk Books and Netgalley for a review copy! All opinions are my own. 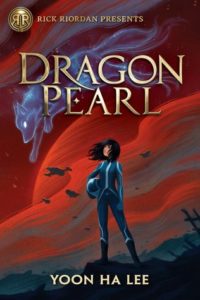 To keep the family safe, Min’s mother insists that none of them use any fox-magic, such as Charm or shape-shifting. They must appear human at all times. Min feels hemmed in by the household rules and resents the endless chores, the cousins who crowd her, and the aunties who judge her. She would like nothing more than to escape Jinju, her neglected, dust-ridden, and impoverished planet. She’s counting the days until she can follow her older brother, Jun, into the Space Forces and see more of the Thousand Worlds.

When word arrives that Jun is suspected of leaving his post to go in search of the Dragon Pearl, Min knows that something is wrong. Jun would never desert his battle cruiser, even for a mystical object rumored to have tremendous power. She decides to run away to find him and clear his name.

Min’s quest will have her meeting gamblers, pirates, and vengeful ghosts. It will involve deception, lies, and sabotage. She will be forced to use more fox-magic than ever before, and to rely on all of her cleverness and bravery. The outcome may not be what she had hoped, but it has the potential to exceed her wildest dreams. 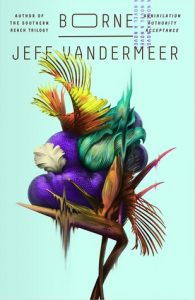 "Yes, you are a person," I told him. "But like a person, you can be a weapon, too." In Borne, a young woman named Rachel survives as a scavenger in a ruined city half destroyed by drought and conflict. The city is dangerous, littered with discarded experiments from the Company—a biotech firm now derelict—and punished by the unpredictable predations of a giant bear. Rachel ekes out an existence in the shelter of a run-down sanctuary she shares with her partner, Wick, who deals his own homegrown psychoactive biotech.

One day, Rachel finds Borne during a scavenging mission and takes him home. Borne as salvage is little more than a green lump—plant or animal?—but exudes a strange charisma. Borne reminds Rachel of the marine life from the island nation of her birth, now lost to rising seas. There is an attachment she resents: in this world any weakness can kill you. Yet, against her instincts—and definitely against Wick’s wishes—Rachel keeps Borne. She cannot help herself. Borne, learning to speak, learning about the world, is fun to be with, and in a world so broken that innocence is a precious thing. For Borne makes Rachel see beauty in the desolation around her. She begins to feel a protectiveness she can ill afford.

But as Borne grows, he begins to threaten the balance of power in the city and to put the security of her sanctuary with Wick at risk. For the Company, it seems, may not be truly dead, and new enemies are creeping in. What Borne will lay bare to Rachel as he changes is how precarious her existence has been, and how dependent on subterfuge and secrets. In the aftermath, nothing may ever be the same.

Jeff VanderMeer’s Borne evokes a sense of the weird and the unsettling in a probable near-future reminiscent of Margaret Atwood’s Maddaddam trilogy. In the novel, a young woman named Rachel scavenges and survives in a city ravaged by an unnamed ecological disaster. The city’s grounds are littered with the remnants of the now-defunct Company’s biotech, and the city is not-so-subtly governed by the actions of Mord, a giant flying bear. During one of her scavenging missions, Rachel finds a little lump of something not quite plant and not quite animal named Borne. Borne disrupts Rachel’s life little by little until his very existence threatens to upheave everything in Rachel’s life and in the strange ecosystem of Mord’s territory.

This standalone novel from the author of the Southern Reach trilogy explores how humans abuse science and nature for technological or monetary gain, and Borne shows us the aftermath of that greed. The novel also explores what it means to be a person, what it means to love and then to let go of love, what it means to live and then to die, and what it means when one finds beauty in the midst of so much chaos. VanderMeer manages to pack so much description, emotion, and longing into such a short novel, and it’s a novel that will make you reread passages and sentences again and again because of their beauty and complexity. 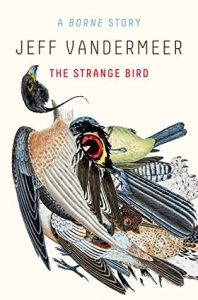 The Strange Bird is a companion story to VanderMeer’s Borne, and the novella adds even more depth to the world in which VanderMeer has created in Borne. The Strange Bird is part human, part bird, and she is rejected from the world in which she lives, because she is not wholly human nor wholly animal. The timeline of this novella occurs before, during, and after the events of Borne and offers an outside view of those events. While Borne explored in its complexity what it means to be a person, The Strange Bird explores what it means to be free and know oneself when the world seems to “naturally” conspire against your very existence. It’s a highly recommended follow-up if you’ve read Borne and wanted more.