I’ve been going through some life stuff and work stuff, and that’s left me drained of a lot of energy I wanted to devote to reading. I’m half disappointed in myself because I feel like I could have made the effort to read more, but at the same time, I felt so exhausted. I came home from my job, did work for my classes, and then puttered around online. But with some changes happening, I’ve been more inclined to read, so out of the fifteen books I have set to finish by 13 October, I’ve read three listed and another I hadn’t listed!!

So, I finished Queen of Shadows, The Gap of Time, and The Buried Life, and I enjoyed each of those very much. I also read David Orr’s The Road Not Taken: Finding America in the Poem Everyone Loves and Almost Everyone Gets Wrong. I ordered this and the book of Frost’s poems (also edited by Orr) because I’m teaching poetry in my class. I thought it would help structure my thoughts on how to talk about writing about poetry, and it ended up being more of a personal experience. Changes are happening, and Frost’s “The Road Not Taken” is one referenced a lot big life changes happen. I think I’m going to write about that for a future post. Here’s to more reading now that I already feel so much less weighed down by things!

It’s that time again. I’ve let my reading fall to the wayside. I’m going to read 200 pages every day between now (13 September) and 13 October. I don’t have a reward at the end. I just want to be able to say I did it. And maybe instead of doing a personal challenge like this for two weeks, doing it for a full month will get me in the habit of finding time to read. In addition to reading 200 pages a day, I want to get in the habit of writing a little bit about what I’ve read each day.

My sub-goals for this challenge are to finish my Netgalley books, to read my next Blogging for Books choice, and to read at least ten books I’ve had forever and haven’t gotten around to reading yet. So, my tentative TBR is as follows:

It’s a hefty list, but these are books I’ve been meaning to read, meaning to get around to finishing, and have been interested in for quite a while. I think it’s manageable, though, and that’s what really matters. I also tried to mix it up by incorporating different genres and styles of writing so that I don’t feel overwhelmed or bored by once genre or one author. It’s a definite mix, and I’m excited for it! I need something personal to work for, and I think reading through my ever-growing stack of unread books is a good way to start. 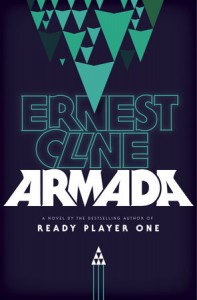 I finally caved and bought a very specific book-related domain name! My old one was just a catch-all for everything, and I didn’t feel it felt the theme I wanted to convey – books! One of my friends calls me the fairy bookmother because I always have something to recommend or say about books, and he thinks it’s a bit magical that I have that ability, so I decided to move forward with it!

For the last month and a half (I’m so terrible at this when I get stressed!) have been busy with some minor changes and some big ones. The big one is me teaching at a college level! I’m teaching an introduction to literature of sorts that’s also combined with learning how to write a literary/research essay, and I’m excited! It’s a lot of work, and I’m doing my best to keep on top of that while managing to still work at my other full-time job.

As a result of that busy-ness, I haven’t done as much reading as I would like, but I’ve got a few reviews coming up! I think I may have an update schedule now that I’ve sort of got a regular schedule in regards to evenings being off, so as of now, I’ll have posts on Sundays, Tuesdays, and Thursdays, maybe with some sprinklings in between! I think those are totally manageable for me. It’ll give me time to work on content and think of content and write those reviews! I miss writing about books, whether or not in an academic sense, as much as I miss reading books as much as I used to.

Anyway, like before, I’ll have reviews mostly of contemporary, literary, sci/fi and fantasy, and young adult! I’m going to be posting my review of Ernest Cline’s Armada here on Thursday! I’ve been putting it off for too long, and it needs to get posted!