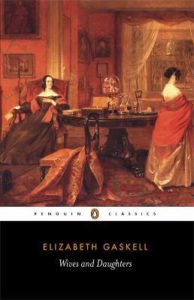 Hello, Friday! First Lines Friday is a feature on my blog in which I post the first lines from a book I am interested in reading, either a new release or a backlist title! For the next several Fridays, I will be featuring titles I am going to hopefully read as part of my 12 Decades/12 Months/12 Books challenge (#12decades12books). I bought, like a lot of people I think, Victor Hugo’s Notre-Dame de Paris last April when the Notre-Dame Cathedral caught fire, but like a lot of my purchases, I didn’t read this right away, even though I kept looking at it. I have started reading it now and am looking forward to taking my time with it, especially because I have a lot of time to fill! This is from the John Sturrock translation (ISBN: 978-0-140-44353-0). 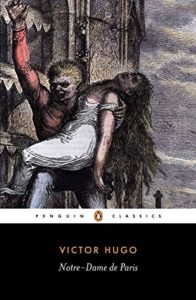 Three hundred and forty-eight years, six months and nineteen days ago today, the people of Paris awoke to hear all the church-bells in the triple enclosure of the City, the University and the Town in full voice.

Not that 6 January 1482 is a day of which history has kept any record. There was nothing noteworthy about the event that had set the burgesses and bells of Paris in motion from early morning. It was not an assault by Picards or Burgundians, it was not a reliquary being carried in procession, it was not a student revolt in the vineyard of Laas, it was not an entry by ‘our most redoubtable Lord Monsieur the King’, it was not even a fine hanging of male and female thieves on the gallows of Paris. Nor was it the arrival, so frequent in the fifteenth century, of an embassy, in all its plumes and finery. It was barely two days since the last cavalcade of this kind, that of the Flemish ambassadors charged with concluding the marriage between the dauphin and Marguerite of Flanders, had made its entry into Paris, much to the annoyance of Monsieur the Cardinal of Bourbon, who, to please the king, had had to put on a smile for this uncouth mob of Flemish burgomasters, and entertain them, in his Hotel de Bourbon, with a ‘very fine morality, satire and farce’, as driving rain drenched the magnificent tapestries in his doorway.

So far, I’ve found this translation to be good and easy to read, and I can’t wait to spend more time with it!