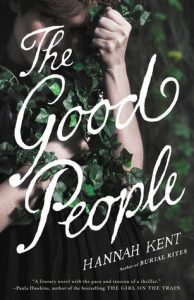 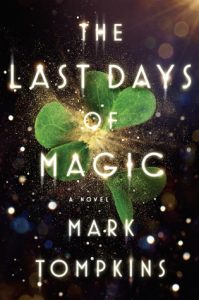 An epic novel of magic and mysticism, Celts and faeries, mad kings and druids, and the goddess struggling to reign over magic’s last outpost on the Earth
What became of magic in the world? Who needed to do away with it, and for what reasons? Drawing on myth, legend, fairy tales, and Biblical mysteries,
The Last Days of Magic


brilliantly imagines answers to these questions, sweeping us back to a world where humans and magical beings co-exist as they had for centuries.
Aisling, a goddess in human form, was born to rule both domains and—with her twin, Anya—unite the Celts with the powerful faeries of the Middle Kingdom. But within medieval Ireland interests are divided, and far from its shores greater forces are mustering. Both England and Rome have a stake in driving magic from the Emerald Isle. Jordan, the Vatican commander tasked with vanquishing the remnants of otherworldly creatures from a disenchanted Europe, has built a career on such plots. But increasingly he finds himself torn between duty and his desire to understand the magic that has been forbidden.
As kings prepare, exorcists gather, and divisions widen between the warring clans of Ireland, Aisling and Jordan must come to terms with powers given and withheld, while a world that can still foster magic hangs in the balance. Loyalties are tested, betrayals sown, and the coming war will have repercussions that ripple centuries later, in today’s world—and in particular for a young graduate student named Sara Hill.

The Last Days of Magic


introduces us to unforgettable characters who grapple with quests for power, human frailty, and the longing for knowledge that has been made taboo. Mark Tompkins has crafted a remarkable tale—a feat of world-building that poses astonishing and resonant answers to epic questions.

Mark Tompkins’ The Last Days of Magic is about the Celts and the old days of magic before it supposedly disappeared from the world. Aisling and Anya, twin girls, were born to unite the Celts with the faeries of the Middle Kingdom. And while the clans of Ireland fight against each other, England and Rome want to drive the magic out of the Emerald Isle. War looms on the horizon, and political tensions twist and stretch among allies and enemies.

I really liked the concept of this book. I expected a story full of history of the Emerald Isle, the warring clans of Ireland, the threats of invasion from Rome and England, and I feel like I got that, for the most part. Sometimes I felt like the history was explained and told to me rather than shown throughout the narrative, and sometimes I felt like it helped me understand the story a little bit better.

However, the thing that bothered me the most about this story was actually the prologue and the epilogue. In the prologue and epilogue, we find out that a young woman named Sara Hill has some family secrets that she is just discovering from her grandmother, and while en route to escaping with some documents that important people have been after for centuries, something happens to her (I don’t want to spoil it too much). I felt like none of that truly tied in with the story at hand until the very end when I realized that most of this book is just a prelude to a potential, as-of-yet unannounced sequel. I feel like this story could have easily stood on its own without the prologue and epilogue or could have incorporated more of Sara’s story through alternating chapters of the past and Sara’s present.

I did enjoy reading it, and I’ve always loved stories set in old Ireland, old England, and old Scotland because I find those histories so amazing and complex, so I was very pleased to see such a well-researched concept explored in this book. I think it’ll be great for anyone who has either a passing interest in the magical history of Ireland and anyone who enjoys historical fiction infused with magic. The mythology is entwined with history so well that this story about the last days of magic is very believable.

Thank you to Viking and Goodreads for an advance copy of this book! All opinions are my own.