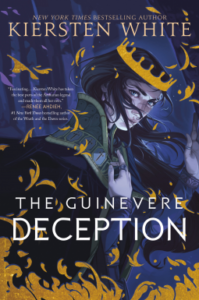 There is nothing in the world as magical and terrifying as a girl.

Princess Guinevere has come to Camelot to wed a stranger: the charismatic King Arthur. With magic clawing at the kingdom's borders, the great wizard Merlin conjured a solution -- send in Guinevere to be Arthur's wife... and his protector from those who want to see the young king's idyllic city fail. The catch? Guinevere's real name -- and her true identity -- is a secret. She is a changeling, a girl who has given up everything to protect Camelot.

To keep Arthur safe, Guinevere must navigate a court in which the old -- including Arthur's own family -- demand things continue as they have been, and the new -- those drawn by the dream of Camelot -- fight for a better way to live. And always, in the green hearts of forests and the black depths of lakes, magic lies in wait to reclaim the land. Arthur's knights believe they are strong enough to face any threat, but Guinevere knows it will take more than swords to keep Camelot free.

Deadly jousts, duplicitous knights, and forbidden romances are nothing compared to the greatest threat of all: the girl with the long black hair, riding on horseback through the dark woods toward Arthur. Because when your whole existence is a lie, how can you trust even yourself?

I’ve always loved King Arthur, it’s mythologies, and all of the various takes on the lore, but Kiersten White’s The Guinevere Deception blew me away. It had been so long since I’ve read anything King Arthur, and I was really excited when I got approved for this ARC from Netgalley.

The story opens with Guinevere arriving to Camelot before her marriage, unsure of herself and her future position in King Arthur’s court, and it’s soon revealed that Guinevere is not who she seems, not even to herself. She has been sent to protect King Arthur rather than merely be a bride sent from a royal family. Throughout the course of the story, Guinevere balances learning about her past and her realities while also getting to know the court in which she lives and the people with whom she is surrounded.

I absolutely love the duality of Guinevere’s character and thought that the struggles she faced while in the midst of all sorts of discovery were true to herself. The supporting case of characters were well-developed, had incredible range and depth, and delighted and surprised me at every turn. The first part of the book did feel a little slow, but since this is the set-up to what I hope is at least a trilogy, I did find it necessary. There’s a lot of ground to cover when reinventing a familiar story, and by the last half of the book, I was completely hooked and didn’t want this to end. I don’t want to spoil anything, but of all the supporting characters, I think Lancelot is my favorite and I’m so excited to see what White does with this character in the context of the familiar stories.

This is one of my favorite reads of the year, and not just YA reads, just because it was so much fun and so inventive on so many levels. I’ve never read White before, but I’ve had the physical ARC for her Frankenstein retelling and the first of another series on my kindle for a while, so I’m definitely bumping those up on my TBR because I enjoyed this so much.

Read this if you enjoy fantasy and/or King Arthur revisits, because this checked off so many boxes for me and I’ve not been able to stop thinking about it since I read it.

Thank you to Netgalley and Delacorte for the review copy! All opinions are my own. 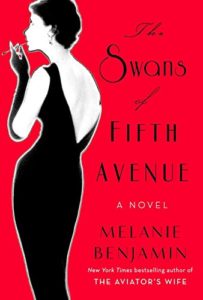