Hello, Friday! First Lines Friday is a feature on my blog in which I post the first lines from a book I am interested in reading, either a new release or a backlist title! For the next several Fridays, I will be featuring titles I am going to hopefully read as part of my 12 Decades/12 Months/12 Books challenge (#12decades12books). I have been slowly making my way through reading all of the works by the Bronte sisters, and Charlotte Bronte’s Shirley is the one I’ve chosen for this year. It’s something I would also like to read in conjunction with Elizabeth Gaskell’s North & South, due to the similar subject matter of northern England’s mills in the early 19th century. 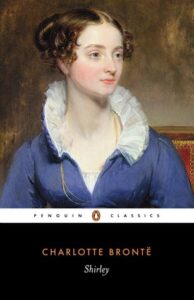 Of late years, an abundant shower of curates has fallen upon the north of England: they lie very thick on the hills; every parish has one or more of them; they are young enough to be very active, and ought to be doing a great deal of good. But not of late years are we about to speak; we are going back to the beginning of this century: late years — present years are dusty, sun-burnt, hot, arid; we will evade the noon, forget it in siesta, pass the mid-day in slumber, and dream of dawn.

If you think, from this prelude, that anything like a romance is preparing for you, reader, you were never more mistaken. Do you anticipate sentiment, and poetry, and reverie? Do you expect passion, and stimulus, and melodrama? Calm your expectations; reduce them to a lowly standard. Something real, cool, and solid, lies before you; something unromantic as Monday morning, when all who have work wake with the consciousness that they must rise and betake themselves thereto. It is not positively affirmed that you shall not have a taste of the exciting, perhaps toward the middle and close of the meal, but it is resolved that the first dish set upon the table shall be one that a Catholic — ay, even an Anglo-Catholic — might eat on Good Friday in Passion Week: it shall be cold lentils and vinegar without oil; it shall be unleavened bread with bitter herbs, and no roast lamb.

Which is your favorite book by the Bronte sisters? 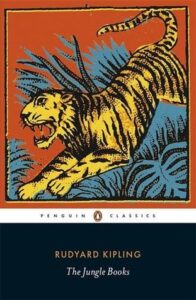 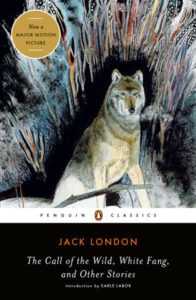 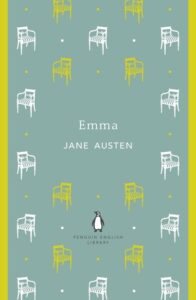 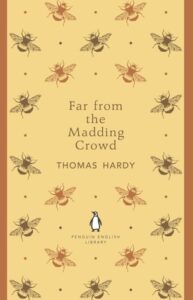