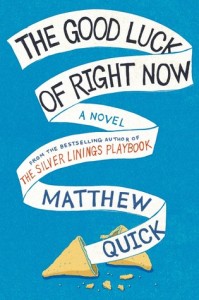 I liked the premise of it, but like I mentioned in my Goodreads review, I thought the narrator made Bartholomew a bit slower than I probably would have imagined the character if I had read it instead of listened to it. It can be discerned from the story sometimes that the social awkwardness and social anxiety may place Bartholomew on the autism scale, but sometimes people who care for their overbearing, needy mothers in the way he did do end up being more socially reserved than others and not on the autism scale at all. I felt a lot of the story was too trite and stereotypical in a way that didn’t sit well with me. I don’t mind language, but one of the characters cannot speak two words before interjecting “fuck,” and the overuse of the word “retard” by the main character to describe himself got old and frustrating by the second time he used it. By about a quarter of the way through, I kept asking myself why I was still listening to it, and realized it was sort of like watching a train wreck. You don’t want to stop watching in case something better happens. Halfway through, I realized nothing better would happen and let it go. 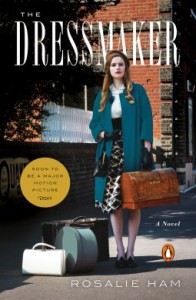 The premise sounded so interesting! It’s going to be made into a movie! I don’t read many books about Australia! Unfortunately for me, the characters fell flat, there wasn’t any connection among all of the characters introduced by the time I was halfway through the novel, and I didn’t feel like I cared about any of the characters or what happened to them. I might give the movie a go if it ever comes to Netflix because sometimes these kinds of stories work better on film. 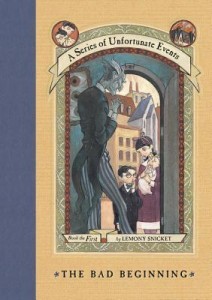 I can’t believe this was released in 1999. I remember when it first came out, and it makes me feel a little bit old. I read this last year in hopes of reading all thirteen by the end of 2015, but that didn’t happen. With the announcement of Neil Patrick Harris’ casting in the role as Count Olaf in the new Netflix series, I decided that in 2016 I am going to read all of them. For whatever reason, I’ve never read the last three, so I’m excited to discover how this story ends. These are great books for everyone who likes a good deal of dark humor, word play, and shenanigans that play on popular tropes, so if you haven’t read them, do give them a go! 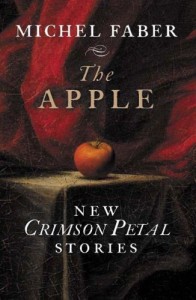 Faber apparently wrote these to appease himself and his fans who wanted to know what happened after The Crimson Petal and the White ended. To me, they read as deleted scenes of sorts. Good in their own right, but not good enough in the context of the novel. I liked the story with Sophie the most because it offered a peek into a relationship arrangement that would be considered scandalous even today by some people, but it didn’t offer the sense of completion I was hoping for. C’est la vie. 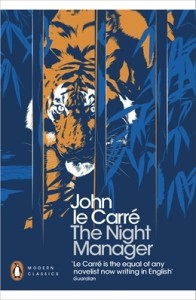 The things I do for Tom Hiddleston? I liked Tinker, Sailor, Solider, Spy, which admittedly I read after seeing the film and enjoying Gary Oldman’s and Benedict Cumberbatch’s roles in the film. I really don’t know why I took so long to read this (literally from March 2015 to February 2016), but I think I attribute it to the fact that I read it before I went to bed/fell asleep, so my brain got in the habit of wanting to fall asleep soon after picking it up again. It got really good in the last quarter of it, and the amount of building up that it took to get to that point might be why I let it linger for so long. I’m looking forward to the BBC/AMC mini-series, and I think it will translate nicely to screen as le Carré’s works tend to do.

For the rest of July (the 10th through the 31st), I’ve given myself a personal reading challenge! I love Urban Decay’s lipsticks, and I really want the UD Naked Smoky palette, so I’m using those things as my motivation. Each day I have to read at least 200 pages with a total of 4,400 pages read by 31 July. If I reach that goal, I can treat myself to a new lipstick color! If I exceed those 4,400 pages by at least 1,600 pages, I can get the new Naked Smoky palette!

The main reason for this little personal challenge of mine is that I’m spending too much time browsing the internet and not reading when I have all of these books on my shelves, from the library, and from NetGalley that I want to read! Time just seems to slip away. I don’t like that.

I’m currently reading four books: Heller’s Catch-22, Le Carré’s The Night Manager, Chu’s Time Salvager, and Rowling’s Harry Potter and the Goblet of Fire. Two of those I’ve been picking at since March and April, one’s an ARC I received from a Goodreads giveaway that I want to read and review in a timely manner, and this summer I’m doing a Harry Potter reread!

It’s been easy to meet the goal today thanks to Harry Potter, because today I’ve read at least a third of Prisoner of Azkaban and more than 200 pages of Goblet of Fire. I’ve even managed to squeeze in about fifty pages of Catch-22 in an effort to get that book done and finally be able to say I’ve read it (there’s something about American fiction in certain decades that doesn’t really resonate with me too much, and Catch-22 is one of them, particularly on the grounds of its military focus). Either way, it’s nice to spend a day off mostly reading and it’s nice to be ahead, especially if I want that makeup!

And! I finally figured out child themes! Pink is one of my least favorite colors and that was the main color of this theme, so I’m glad to have something a bit more to my liking! And it wasn’t difficult at all. Thanks, Google and YouTube! Maybe I’ll be more inclined to post more often now that I don’t have to keep looking at pink all the time.